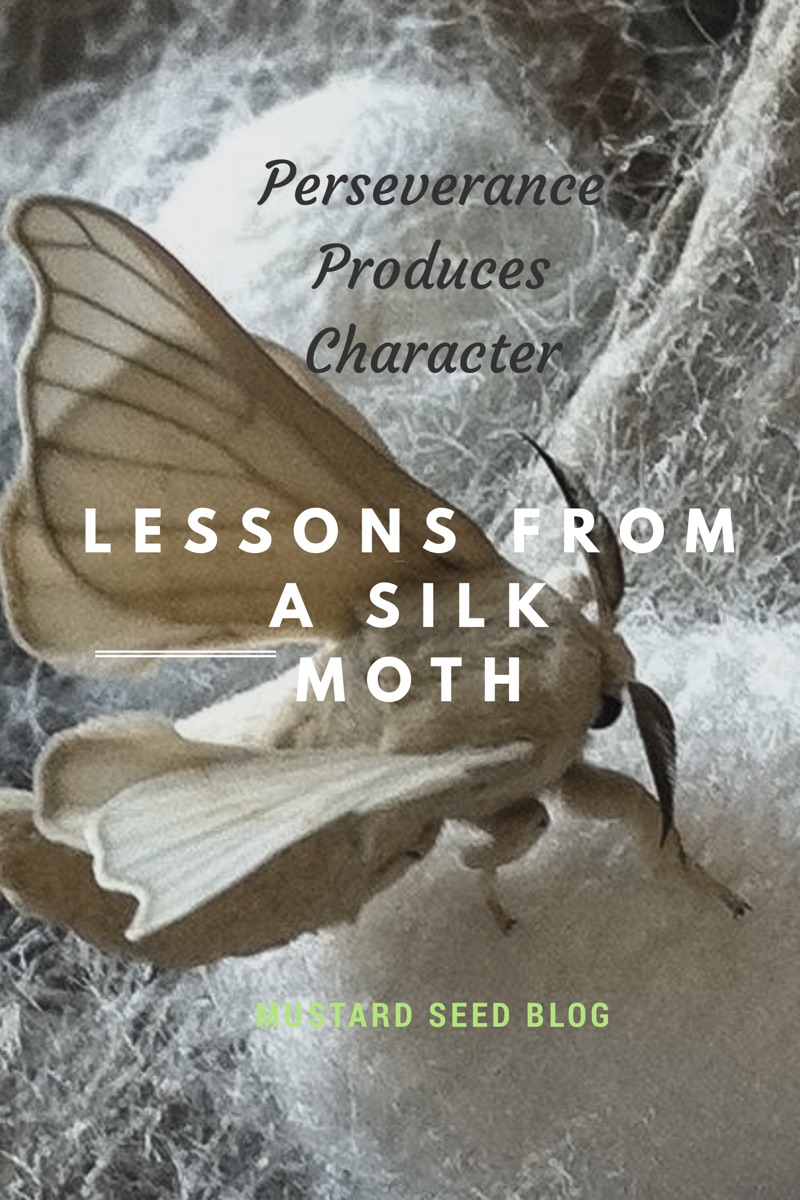 The Cocoon
When my children were of primary school age, we lived in South Africa. Every year, a common sight was children coming out of school with a shoe box, the lid punched with tiny holes. Inside would be a few baby silkworms.

Actually I don’t know why they’re called ‘worms’, they are in fact caterpillars and very pretty ones at that.
They start off tiny, and eat non-stop until they are huge and fat. Eventually, one day, we would open the box to put in some fresh mulberry leaves and find the lid coved in bright yellow cocoons.
Eventually, out of the cocoons would emerge beautiful white moths, as pretty as any butterfly, with their silken wings and exquisite markings.
One year, one of my sons, when he was about 6 years old, became impatient with waiting for the cocoons to hatch. So he decided he’d give nature a hand, believing, he explained in his childlike way later, that the moths were trapped in the cocoons. He got a pair of scissors and opened one of the cocoons to ‘set the moth free’. Sadly, the beautiful moth died.

Set Free – But Not Really Free
There’s a reason the moth has to emerge from the cocoon at the right time. When it’s time to leave the cocoon, God has placed in the moth’s  DNA the instinct to make a tiny hole – far too small, or so it seems, for it to get through. But that action of squeezing itself out through the ridiculously small hole is nature’s way of strengthening and training the moth to fly.
Tests have proven that when the hole was made bigger artificially,  the moth’s body remained small and shrivelled and it spent its life incapable of flight.

Perseverance Produces Godly Character and Strength James 1:3–4
“For you know that when your faith is tested, your endurance has a chance to grow. So let it grow, for when your endurance is fully developed, you will be perfect and complete, needing nothing.”

You might feel like that silk moth – perhaps you’ve felt you’ve been in a dark place; a place of trial, shaping and testing for so long, trying to squeeze your way out.
Sometimes though, it’s that extra effort, that big ‘push through’ that the Lord uses to strengthen us for the next obstacle to be faced.

If we refuse to make that effort, or try to find the easy way out, we’re left unprepared for the next trial and we’ll never really fly properly.

By ‘making an effort’ I’m not talking about trying to get through on your own. Isaiah 40:31 promises us that when we wait on the Lord we will renew our strength, and soar on wings like eagles. We’re also told in Zechariah 4:6 that it is not by might, nor by power but by the Spirit of God (that we overcome- that battles are won)
More Than Conquerors!
“ No, in all these things we are more than conquerors through him who loved us. ” Romans 8:37

Through Jesus, we conquer all of our hardships. We have  super victory!

We don’t scrape through and limp home to victory – When we persevere, trusting God in His great love to lead us out in His time, we push through, leave those old cocoons lying in the dust, and fly!!